How do I reprogram my remote? (Entone)

The remote for your STB (Set Top Box) should be able to control both the box and your TV while the remote is in "STB" mode (the mode buttons are the white buttons at the top). If you notice some of the buttons are not working on your remote, try pressing STB first.

If the remote is controlling your TV and or the volume, but not changing channels, and you've made sure you are set to STB, try rebooting your box.

Sometimes the remote can fall out of sync with your television. These steps may also be written on the back of your remote 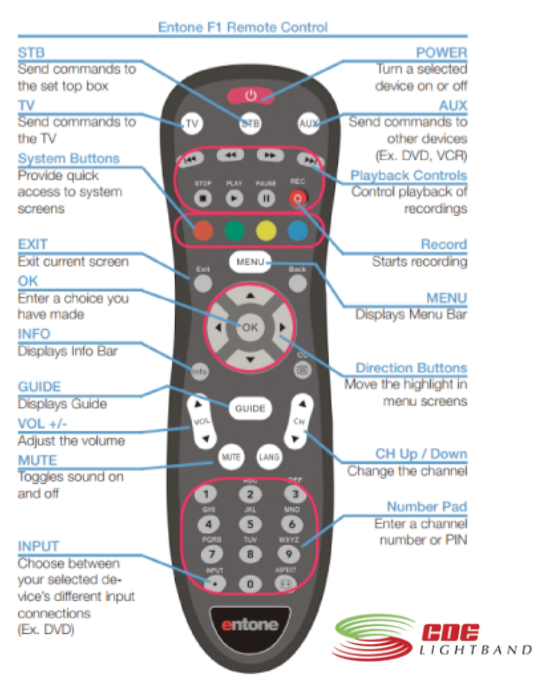